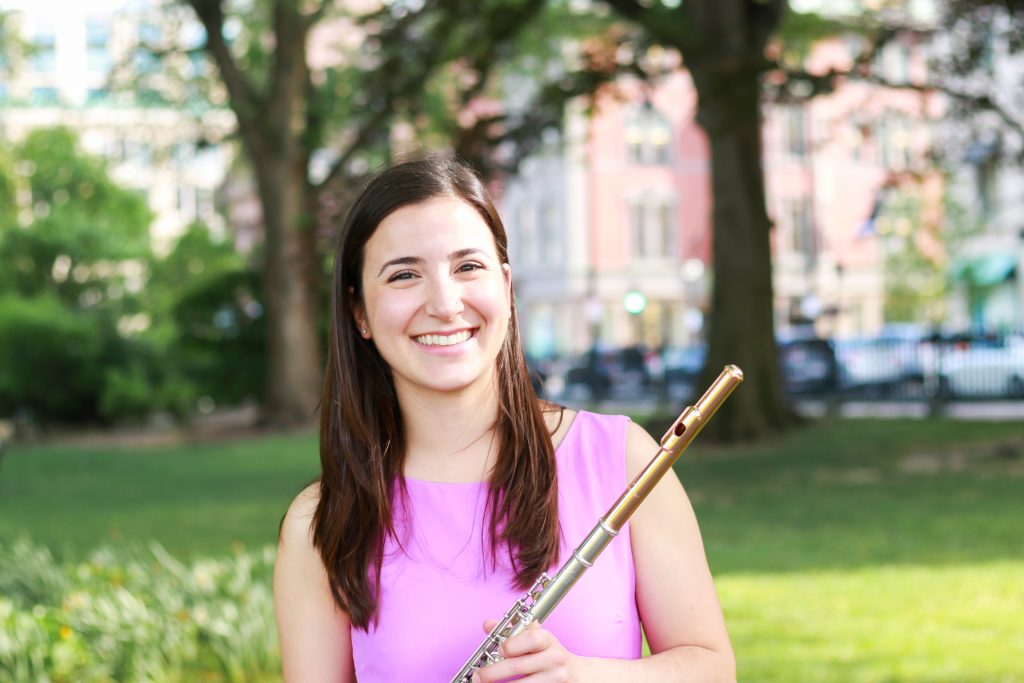 Alyssa Primeau is a versatile flutist that enjoys performing and teaching equally. Originally from metro Detroit, Michigan, Alyssa’s musical experiences range from solo and large ensemble performing, to teaching students of varied ages and abilities. Alyssa is currently a regular member of the Civic Orchestra of Chicago. She has previously performed with the Chicago Symphony Orchestra, the Detroit Symphony Orchestra, and the Phoenix Orchestra in Boston, among others. With these ensembles and others, Alyssa has had the opportunity of performing in leading venues around the country, including Chicago’s Orchestra Hall, Detroit’s Orchestra Hall, Boston’s Symphony Hall, and New York City’s Carnegie Hall.

As a soloist, Alyssa has held numerous accomplishments. Most recently, she was the winner of the 40th annual James Pappoutsakis Memorial Flute Competition. In 2019, she was a winner of the Boston University Soloists Competition, and as a result, had the privilege of performing Carl Reinecke’s Concerto for Flute and Orchestra with the Boston University Symphony Orchestra. Other concerto performances include the Oakland Symphony Orchestra, the Royal Oak Symphony Orchestra, and the Oakland University Wind Symphony. As a chamber musician, Alyssa has extensive experience performing with small ensembles of varied instrumentation. Previously, she was a member of the Redlime Flute Quintet at Boston University. This quintet had the honor of premiering Martin Amlin’s Three Inventions for Five Flutes and Piccolos in April of 2019.

As a music educator, Alyssa enjoys teaching in large and small ensemble settings. Most recently, Alyssa was a workshop assistant for flutist Linda Toote at the 2021 Boston University Tanglewood Institute Flute Workshop. She also has experience in the classroom instructing middle school band, and she enjoys working with woodwind sections of high school marching bands around the metro Detroit area.